Dwain Travis, a Houston native, trained locally in dance from ages 3 to 11. At 12, he began training at the Kirov Academy of Ballet in Washington DC. He started his professional career with a company in Houston, BAHBT, where he spent four years as Principal and Artist in Residence under Luis Fuente and Lynette Mason Gregg. Dwain has also toured and worked with many other schools/companies including Houston Ballet, Jacob’s Pillow Dance Festival, the Joffrey Ballet’s JKO School, and the Harid Conservatory. In 2017 Dwain became a company member at Houston METdance, where he’s performed works from the likes of Mario Zambrano, Katarzyna Skarpetowska, and Dominic Walsh, among others.

His first piece of choreography, Dearly Departed, was selected for the RDA/SW Dance Festival and the 2010 Craft of Choreography Conference, and further awarded the RDA Choreography Connection. His next original work, Pulse, was chosen for the 2012 RDA National Festival in Montreal, Canada. Dwain’s choreographic work has been featured at the Barnstorm Dance Fest (2016), Austin Dance Project (2016 & 2017), blank/SLATE (2018), and Houston Choreographers X6 (2019). Most recently he became a co-founder/choreographer for Juxtapose Arts Collective in South Houston as well as inaugural company member for the Houston Contemporary Dance Company. 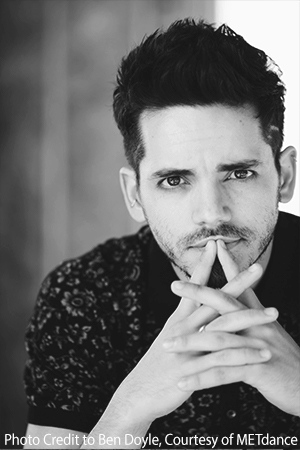